Why Does Bangkok Keep Coming Out On Top for Being the World’s #1 Tourist Destination? 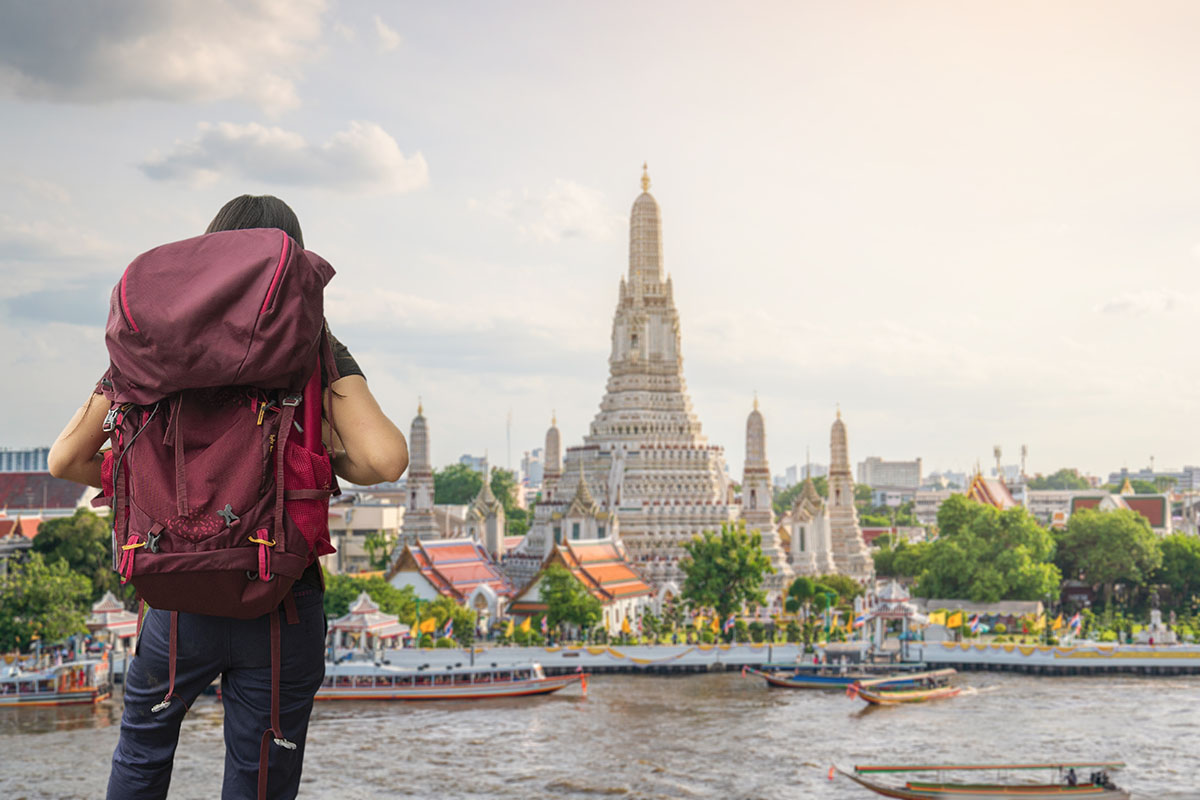 In September 2019, Bangkok topped Mastercard’s Global Destination Cities Index for the fourth successive year having also won the accolade back in 2013. Even through economic highs and lows, political uncertainty and the constantly strengthening Thai Baht, Bangkok continues to outperform cities such as Paris and London. Those who live in the city along with those who have visited know the reasons why. However, to an outsider looking in, it might not be quite so apparent.

We operate a successful laundry business in Bangkok, and we see tourists flocking to city year on year. Indeed, the city welcomed 22.78 million international overnight visitors in 2018 with the figure for 2019 projected to have increased by 3.34%. The nearest rival in the top ten cities was Paris that welcomed 19.1 million international overnight visitors in the same period. So what does Bangkok have that London, Paris and Dubai are lacking?

Although claiming that Bangkok was cheap would, these days, be some way wide of the mark, it is still less expensive than cities such as Dubai, Singapore and Paris. It should be stressed that hotels in Bangkok aren’t cheap, neither are the magnificent 5-star restaurants, but if you want to sample traditional Thai food, it is still very inexpensive. The costly things in Bangkok are the things that you do as a one-off on holiday, and with so many things to do in Thailand’s capital, we see this as a bonus.

Many first time visitors to Thailand come back; indeed, lots become repeat visitors and will see the cost of subsequent visits reduced once they have seen some of the main attractions. In fact, it is these repeat visitors that account for such high numbers of international overnight visitors, and this has increased from 15.98 million back in 2013.

It is worth remembering as well that due to the strength of the Thai Baht, many prices may appear to be significantly higher than five years ago, but a large percentage of this increase is due to the exchange rate.

Regardless of what religion you follow, Bangkok has some magnificent temples, and you can’t fail to be impressed by the intricate architecture and designs. Bangkok has hundreds of temples, all of which are impressive in their own right, but arguably the most famous are Wat Pho, Wat Arun and Wat Phra Kaew.

Bangkok is blessed with some of the best restaurants in all of Asia, but if you are coming to Bangkok, you really should try some authentic Thai food. Street food and local restaurants are your best options as you will get freshly cooked, relatively healthy food (if you ignore the sugar!) at a fraction of the price that you would pay in the west. Not only is considerably cheaper, but it also tastes a lot better too!

We strongly recommend that you try a selection of different dishes and extend your imagination past Phad Thai or Green Curry. If you are feeling adventurous, you could also try the insects which are tasty and packed with protein. Who knows, you may surprise yourself and enjoy them!

If you enjoy shopping, then Bangkok has everything for you. From Thailand’s largest market at Chatuchak which has over 15,000 stalls, 11,505 vendors and needs to be divided into 27 sections, to exclusive shopping malls, housing top names such as Gucci, Cartier and Louis Vuitton. You can buy anything that you want with good quality copies also being readily available if you can’t afford the real thing.
Most of the markets are more active in the evening times, and the malls don’t open until mid to late morning but stay open late at night. So, if you are planning a day hitting the shops, you may want to start in the afternoon.

It would be impossible to talk about Bangkok being the top destination in the world without mentioning the famous nightlife. The famous red-light districts of Soi Cowboy, Nana Plaza and Patpong often steal the headlines with their shows, stunning girls (and ladyboys) and extravagant goings-on, but there is so much more to Thailand’s nightlife. Bangkok has some fantastic nightclubs, bars and pubs that have no seedy connotations at all and are well worth visiting. All this is without mentioning the vast selection of restaurants.

A First-World Destination – Heart of Asia

Often one of the biggest attractions of Bangkok is that it is a first-world city. People like the idea of exploring Asia but are often concerned by images of poverty that they see in some areas. Whatever your views, this is not particularly evident in Bangkok, but the city still retains its character. It is something that maybe Singapore and Kuala Lumpur have lost with visitors commenting that they are somewhat sterile. Crime is also relatively low, but you should take care of your belonging as bag snatchers and pickpockets are prevalent.

Finally, one of the best things about Bangkok is the fact that it is different from anywhere else in the world. In Bangkok, you can be who you want to be and do what you want to do (within reason!), and no one will bat an eyelid. You will experience new things, your eyes will witness stuff you had never seen before or even imagined, and the friendly and welcoming Thai people will greet you. Once you have been to Bangkok, you will become encapsulated by the city, its culture and its way of life, leaving you planning your next holiday with Bangkok fresh in your mind.